The problem is that most of the oil lies underneath land that for centuries belonged to the Bunyoro monarchy, one of Uganda’s oldest and most powerful tribal kingdoms. In the 1890s, the kingdom mounted one of the bloodiest rebellions in colonial east Africa. The uprising was ultimately crushed, but the surviving monarch insisted the British share any profits earned from Bunyoro’s mineral rich land. Two agreements were signed with the colonial government, in 1933 and 1955, guaranteeing the kingdom a cut of any mineral or oil related profits. Today, King Solomon Iguru insists that these treaties are still valid—unsurprisingly, the government does not agree and the kingdom is not mentioned in any of the revenue sharing agreements signed with the oil companies. The king’s private secretary, Yolamu Nsamba, has warned that if the government doesn’t give the monarchy a share of the oil revenue it “will be a breach of trust, and that would be very unfortunate.” The huge riots that gripped Kampala in mid September, which led to 14 deaths dead and 600 arrests, might be an indication of what “unfortunate” just might mean. Although this time the clash involved supporters of a different monarchy, it underlines the fact that, for many Ugandans, tribal allegiance continues to outweigh loyalty to the president or the so-called “national interest.”

Indeed, if Uganda’s oil programme does go ahead, the tribes will not be the only ones up in arms. As one might expect, the government’s decision to allow drilling in protected wildlife reserves has not gone down well with environmental groups.

But the question likely to cause most discord is what Uganda should do with the oil that sits waiting beneath its soil.

Scenes from the Violent Twilight of Oil (Slideshow)

Oil may be making its long goodbye, but twilight or not, the Oil Age still defines our world.

With so much music freely available online, the idea of scouring the back streets of Africa for long-forgotten vinyl singles seems profoundly anachronistic. But sometimes visionaries have to swim against the cultural tide. Tunisian-born Samy Ben Redjeb is part of an elite cadre of equatorial crate-diggers working to redraw the musical map of the world.

He started collecting original African vinyl while in Senegal in the mid-90s, and supported his record-hunting habit by working as an air steward. His tireless voyaging has borne fruit: Redjeb’s label, Analog Africa, has put out several compilations of vintage funk and psychedelia which are giving Western attitudes to African music a radical reboot.

Yet the project is about more than just broadcasting the music. “That’s only 50 per cent of it,” Redjeb explains. “If you want to appreciate the music, you need to understand where it comes from. For example, several tracks from The Vodoun Effect were recorded in a garden, at night, next to an airport – the pause button of the recorder had to be pressed every time a plane took off.”

Your Cellphone: Raping the Congo? 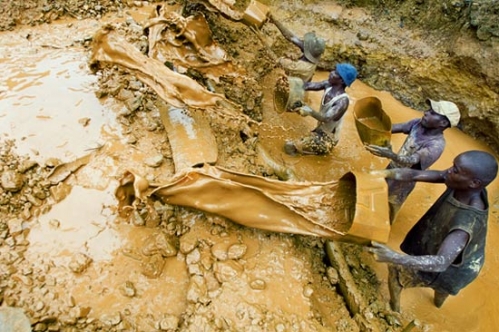 Hard to make the immediate mental connection isn’t it? We consumers have grown accustomed to thinking about our gadgets as almost incorporeal entities. What connection could they have to any material realm, let alone a war-wracked country in central Africa?

Their actual creation — and after we dispose of them for a sleeker model, their destruction — are complete abstractions. New phones, cameras, MP3 players are simply born (absent meconium or amniotic fluid) as an abstract desire via the glossy adverts wherever one turns.

The only material realm they inhabit is the 3.8″ x 1.88″ x .069 rectangle and the slight tug that 3.53 oz exerts downwards in a pocket. The only reality they remain tied to is the one artfully created by marketing companies: you know, the one full of men with chiselled cheekbones, the one where the iPhone signals status, modernity, style.

(You might have raped your overdraft to get it, but that’s a metaphor, right?)

Most inanimate objects though, like people, have a secret life: did you know that tectonic plates shift at the same speed fingernails grow? That viewed with infra-red binoculars , trees glow in the dark?

That to make your phone, various groups — state-sponsored or rebels — raped and terrorised eastern Congo to gain access to columbite-tantalite, cassiterite, wolframite; more obscure, glittering mineral deposits than you ever heard of in chemistry class, lying buried in black, fecund soil with the bodies of the 45,000 people who die violently in the country each month?

The oil giant Shell has agreed to pay $15.5m (£9.7m) in settlement of a legal action in which it was accused of having collaborated in the execution of the writer Ken Saro-Wiwa and eight other leaders of the Ogoni tribe of southern Nigeria.

The settlement is one of the largest payouts agreed by a multinational corporation charged with human rights violations. Shell and its Nigerian subsidiary SPDC have not conceded to or admitted any of the allegations, pleading innocent to all the civil charges.

But the scale of the payment is being seen by experts in human rights law as a step towards international businesses being made accountable for their environmental and social actions.

In the past, it has been notoriously difficult to bring and sustain legal actions involving powerful corporations. 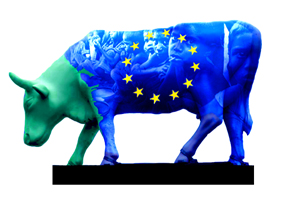 British households pay an extra £832 a year in grocery bills due to the huge EU subsidy system that is also depriving tens of thousands of African farmers of their livelihoods, a charity warns (…)

A U.S. judge canceled a hearing on Wednesday in the civil trial of Royal Dutch Shell over the alleged involvement of the giant oil producer in the executions of protesters in Nigeria in the 1990s.

Presiding Judge Kimba Wood in U.S. District Court in Manhattan had already postponed the trial indefinitely. In a court order on Wednesday, she said the hearing in the case had also been postponed indefinitely. No reason was given, and no new dates were announced.

Shell’s complicity in the spotlight

He laughed gently and I relaxed
Happy to find
In spite of the gun.
He was still a man.
It lit the dark
that gentle laugh
In the pith of night…
But it was only the low laugh
Of one who was soon to die. 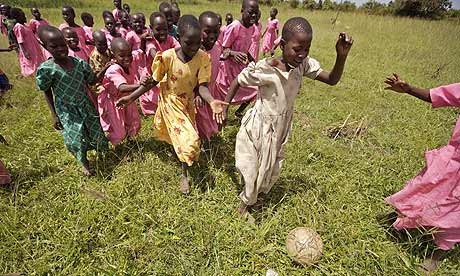 [N]ew dimensions of the black Atlantic are being manifested in the toxic waste dumps of Cote d’Ivoire.

[N]ow we can know the novel value of African infrahumanity. Kenya’s timid court also helps with that task.

Documents have emerged which detail for the first time the potentially lethal nature of toxic waste dumped by British-based oil traders in one of west Africa’s poorest countries.