The Geek Atlas has rounded up 128 great candidates from around the world. The Atlas calls them “places where science and technology come alive.” I think of these destinations as places that make you think. The possibilities run the gamut from birthplaces of famous inventors and scientists (yawn) to really cool tours of working technological systems (a nuclear power plant, a dam turbine, a solar furnace) to a spectrum of interesting but little known museums, to just cool places like the prime meridian. A lot of these destinations are in the US and UK, but a fair number hail elsewhere. In addition to a description of a destination, author Graham-Cumming writes up a page explaining the key concept behind each spot. I’ve visited a dozen of these science hot spots and they are well worth a short detour, or in some cases a trip just for the purpose. You could probably fill another volume of brainy tourist traps missed by this book: I predict a sequel. 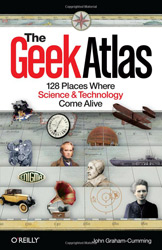 What advice do you have for young people who want to engage with politics and fight the recession?
Noel Hatch, national chair, Compass Youth

Join a political party so that politicians find it harder to ignore you. Argue with your friends that doing nothing is not an option and get them involved. And cause as much trouble as you can.

Why are you getting married at London Zoo?
James Beveridge

It’s great for the kids and it will be poignant for me. I applied for a job there in 1962 and they turned me down – although they did later have me as vice-president of the Zoological Society.

What three things would you do to improve allotment provision in London?
Becky Hogge

One, set aside space in the Olympic Park; two, ban development on allotment land; and three, introduce a London-wide, cross-borough waiting list.

At what stage did you know that Gordon Brown was going to lose the next election?
Peter Bingle

Curiously enough, I think the Tory domination of the polls makes it theirs to lose. They should be treated as the incumbent and subjected to relentless scrutiny. Tory economic policy is so hardline that it has the potential to unite very large layers of society in opposition. If Cameron wins, we may be in for a period of revolving-door government like the 1960s and 1970s.

For which musicians would you dust down your microphone to make a record with, as you did with Blur in 1995?
Jenny Simmons

This answer is based on the fantasy that I have a decent singing voice, which anyone who has seen me do karaoke knows is far from reality. I would work with Blur again, who are both a great band and really good people. And I’d love to duet with Scott Walker.

Is there anything you think Boris is doing better than you?
Tom Daniels

Yes, falling in the river. 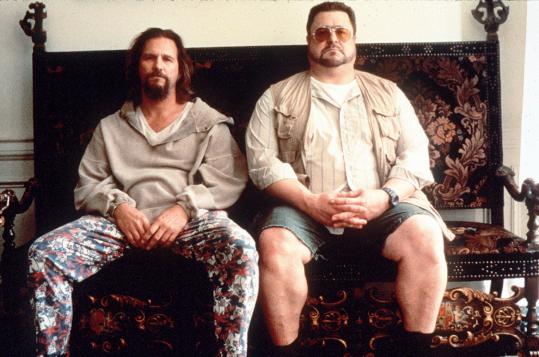 So there’s this guy named the Dude, and some dudes break into his apartment and pee on his rug, so the Dude, an LA burnout whose real name is Jeffrey Lebowski, goes to find the other Jeffrey Lebowski, a rich guy the intruder dudes were actually looking for, so he can get him to replace the soiled rug, which totally tied the room together.

That’s the basic premise of “The Big Lebowski,’’ the Coen Brothers’ 1998 stoner caper, which also involves bowling, nihilism, a kidnapping, and many, many White Russians – a cocktail whose parts combine more cogently than the film’s plot points.

To the uninitiated, “The Big Lebowski’’ probably doesn’t sound like the sort of cinematic watershed that would translate to an enduring cultural phenomenon. But the movie has become just that. And we’re not talking about action figures and keychains, although they’re yours for the ordering.

The film – which was released to mixed reviews and spent all of six weeks in theaters, barely recouping its $15 million budget – has spawned a vibrant subculture that draws both scholars and slackers to the fold.

The last time so many clan chiefs marched in Edinburgh, they came to wage war on the Hanoverian monarchy. In 1745, they laid siege to the Scottish capital, and threatened to reclaim the Scottish throne for Bonnie Prince Charlie. 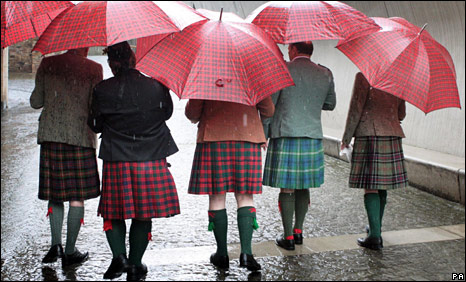 Yesterday, in a rain-drenched carnival beside the Queen’s official residence at Holyrood, they brandished glossy leaflets on tartans, ballads and coats of arms, displayed antique relics in the “clan village”, and talked earnestly about relevance.

Thousands of Scottish clansmen and women from across the world have converged on Edinburgh for the Gathering, the centrepiece to the Year of Homecoming set up by Scottish ministers to mark the 250th anniversary of Robert Burns’ birth.

But clan chiefs, the inheritors of 900 years of martial history, Gaelic culture and, to some, a source of great national pride, fear that in Scotland the clans are struggling. Too many young Scots believe they are irrelevant or, at worst, an embarrassing anachronism.

Many of Scotland’s 140 clans and families are now being kept alive by enthusiasts in Ontario and Auckland, rather than Auchterarder or Oban. So clan leaders are now talking about joining Facebook, Twitter and MySpace, launching websites and lobbying ministers to teach clan history in Scottish schools.

Take a chill pill readers –this blog still adheres to the time-honoured concepts of traditional copyright and fair use. =) But as Bruno would have said ‘I just found ze photo zo-o-o-Fire-Exit!’: 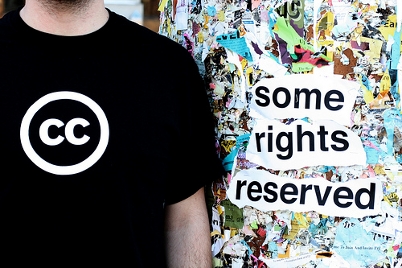 Google launched a Creative Commons search feature on its image search service, the company said in a blog post today.

Until now, bloggers used Flickr and other image sites to find content they could re-post under Creative Commons licenses. Google’s new feature, in theory, adds much more inventory.

*Persepolis: The Story of a Childhood (Hardcover)
by Marjane Satrapi

‘Boys, are you buzzing?’