The article describes the work of archaeologists from Tel Aviv University and the University of Arizona who have been studying cut marks on late Lower Paleolithic period animal bones from Qesem Cave in Israel. Their findings, recently published in the Proceedings of the National Academy of Sciences, conclude that the number and placement of these cut marks offer archaeological evidence of an alternative, earlier, and less specialised form of meat preparation. According to Professor Avi Gopher of Tel Aviv University’s Department of Archaeology:

From 200,000 years ago to the present day, the patterns of meat-sharing and butchering run in a long clear line. But in the Qesem Cave, something different was happening.

The cut marks we are finding are both more abundant and more randomly oriented than those observed in later times, such as the Middle and Upper Paleolithic periods […] suggesting that more (skilled and unskilled) individuals were directly involved in cutting meat from the bones at Qesem Cave.

For the past 200,000 years, in other words, the butchering of large animals has been done by one or two individuals in a community, who were specially trained to carry out a relatively ritualised series of tasks. Prior to that, the bones at Qesem seem to show, meat cutting was more of an ad-hoc free-for-all.

The Taste of Climate Change 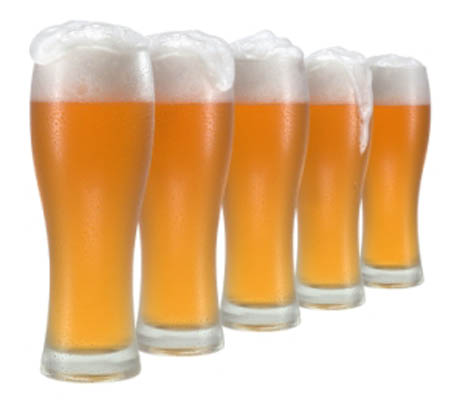 Beer enthusiasts, myself among them, were upset to read this week that our pints of pilsner lager might be the latest casualty of climate change. New Scientist reported the depressing news: it seems that the quality of Eastern European Saaz hops is going downhill each year.

According to brewing suppliers Seven Bridges Cooperative, “Saaz hops have long been revered as the very mild, spicy, earthy aroma hop associated with European Lagers. This is the hop you will want for your finest European style Pilsners, and it will shine in wheat beers and Belgian style ales.” The delicate bitterness of Czech pilsners is a result of the alpha acid levels in Saaz hops; the best quality hops contain approximately 5% alpha acids, to produce a pale brew with a soft hop aroma but low bitterness.

The Buddy System: How Medical Data Revealed Secret to Health and Happiness

There’s something strange about watching life unfold as a social network. It’s easy to forget that every link is a human relationship and every circle a waistline. The messy melodrama of life—all the failed diets and fading friendships—becomes a sterile cartoon.

But that’s exactly the point. All that drama obscures a profound truth about human society. By studying Framingham as an interconnected network rather than a mass of individuals, Christakis and Fowler made a remarkable discovery: Obesity spread like a virus. Weight gain had a stunning infection rate. If one person became obese, the likelihood that his friend would follow suit increased by 171 percent. (This means that the network is far more predictive of obesity than the presence of genes associated with the condition.) By the time the animation is finished, the screen is full of swollen yellow beads, like blobs of fat on the surface of chicken soup.

The data exposed not only the contagious nature of obesity but the power of social networks to influence individual behavior. This effect extends over great distances—a fact revealed by tracking original subjects who moved away from Framingham. “Your friends who live far away have just as big an impact on your behavior as friends who live next door,” Fowler says. “Think about it this way: Even if you see a friend only once a year, that friend will still change your sense of what’s appropriate. And that new norm will influence what you do.” An obese sibling hundreds of miles away can cause us to eat more. The individual is a romantic myth; indeed, no man is an island.

And now the weather, brought to you by Tesco

As any self-respecting locavore can tell you, many of us have forgotten how to eat seasonally, at least in the developed world. Nonetheless, the weather still exercises a huge effect on the food we choose to buy and eat.

As British supermarket giant Tesco has discovered, “a rise of 10ºC, for example, led to a 300% uplift in sales of barbecue meat and a 50% increase in sales of lettuce.” Meanwhile, a summer washout in Scotland saw “sales of roast potatoes – traditionally a winter food – soaring by a scorching 454%, while soup sales rocketed by 88%.” 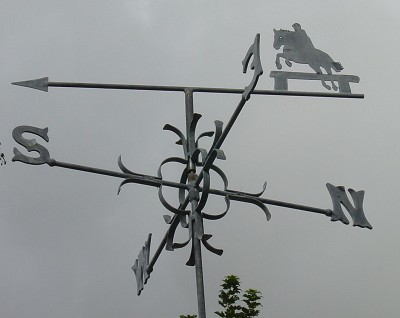 (For Sosatz Rol, the original locavore =)

Hollywood directors dreamed of it: the breakfast machine. Imagine a contraption that sets a chain reaction in motion at the push of a button, frying eggs, juicing oranges, brewing coffee, making toast, and serving it all on a plate with jam, meat and cheese. What a perfect way to start the day!
This fantasy will become reality during Platform21 = Jamming, when Japanese designers Yuri Suzuki and Masa Kimura build a machine just like this at Platform21 with help from fellow designers and the public. 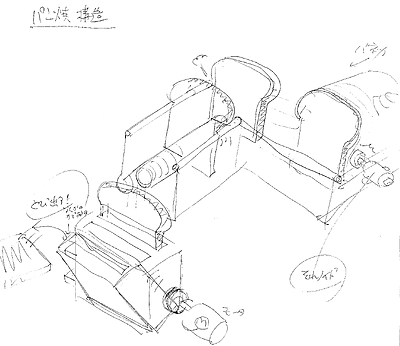 We need radical thinking, but we don’t need a revolution. We don’t need an overthrow of capitalism. Nor do we need to become vegetarians. We need not become spartans. We’re just going to have to learn how to cook.

It’s impossible to overemphasize the importance of good farming for safe and nutritious food. But the campaign for food democracy needs to start with boning knives and cast-iron skillets. A lack of technique behind the stove is, in the end, as complicit in harming human health and the environment as the confinement pig or the corn-fed steer.

Yes, that sixteen-ounce rib-eye takes precious resources like water (approximately 2,500 gallons) and grain (about twelve pounds) away from feeding the poor, and the environmental havoc associated with raising beef most often affects the disenfranchised. By 2050, if we continue this gorging, livestock will be consuming as much as 4 billion people do.

These horrors of conventional animal husbandry are tied to the amount of meat we eat, which is intimately linked to the parts of the animal we choose to eat. That is, choosing the rib-eye–as opposed to choosing, say, the brisket–determines how many animals are produced.

XXXL –Why are we so fat? 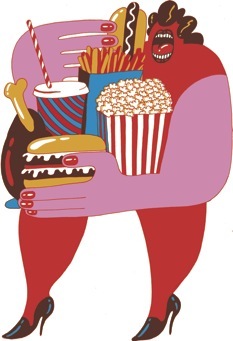 Brains are calorically demanding organs. Our distant ancestors had small ones. Australopithecus afarensis, for example, who lived some three million years ago, had a cranial capacity of about four hundred cubic centimetres, which is roughly the same as a chimpanzee’s. Modern humans have a cranial capacity of about thirteen hundred cubic centimetres. How, as their brains got bigger, did our forebears keep them running? According to what’s known as the Expensive Tissue Hypothesis, early humans compensated for the energy used in their heads by cutting back on the energy used in their guts; as man’s cranium grew, his digestive tract shrank. This forced him to obtain more energy-dense foods than his fellow-primates were subsisting on, which put a premium on adding further brain power. The result of this self-reinforcing process was a strong taste for foods that are high in calories and easy to digest; just as it is natural for gorillas to love leaves, it is natural for people to love funnel cakes.

Although no one really knows what life was like in the Pleistocene, it seems reasonable to assume that early humans lived, as it were, hand to mouth. In good times, they needed to stockpile food for use in hard times, but the only place they had to store it was on themselves. Body fat is energy-rich and at the same time lightweight: when the water is taken out, a gram of fat contains 9.4 kilocalories, compared with 4.3 kilocalories for a gram of protein, and when the water is left in, as it is on the human belly, a gram of fat still contains 9.1 kilocalories, while a gram of protein has just 1.2. As a consequence, a person with a genetic knack for storing fat would have had a competitive advantage. Power and Schulkin are both researchers at the American College of Obstetricians and Gynecologists, and they argue that this advantage would have been especially strong for women. Human infants are unusually portly; among mammals, only hooded seals have a higher percentage of body fat at birth. (Presumably, babies need the extra reserves to fuel their oversized brains.) Tellingly, humans, unlike most other animals, have no set season of fertility. Instead, ovulation is tied to a woman’s fat stores: those who are very thin simply fail to menstruate.

Of course, for early humans putting on too many pounds would have been a significant disadvantage; it’s hard to chase down a mastodon or track through a forest if you’re tubby. Thus, there would appear to be a Darwinian argument against obesity as well. Power and Schulkin get around this problem by noting that, as a practical matter, opportunities for eating too much were limited. Austerity was the rule for hunter-gatherer societies, and that didn’t change when people started to form farming communities, some ten thousand years ago. In fact, human remains from many parts of the world show that early agriculturalists were less well fed than their Paleolithic forebears; their skeletons are several inches shorter and often show signs of nutrition-related diseases, like anemia. Genes that controlled weight gain wouldn’t have been selected for because they simply weren’t needed.